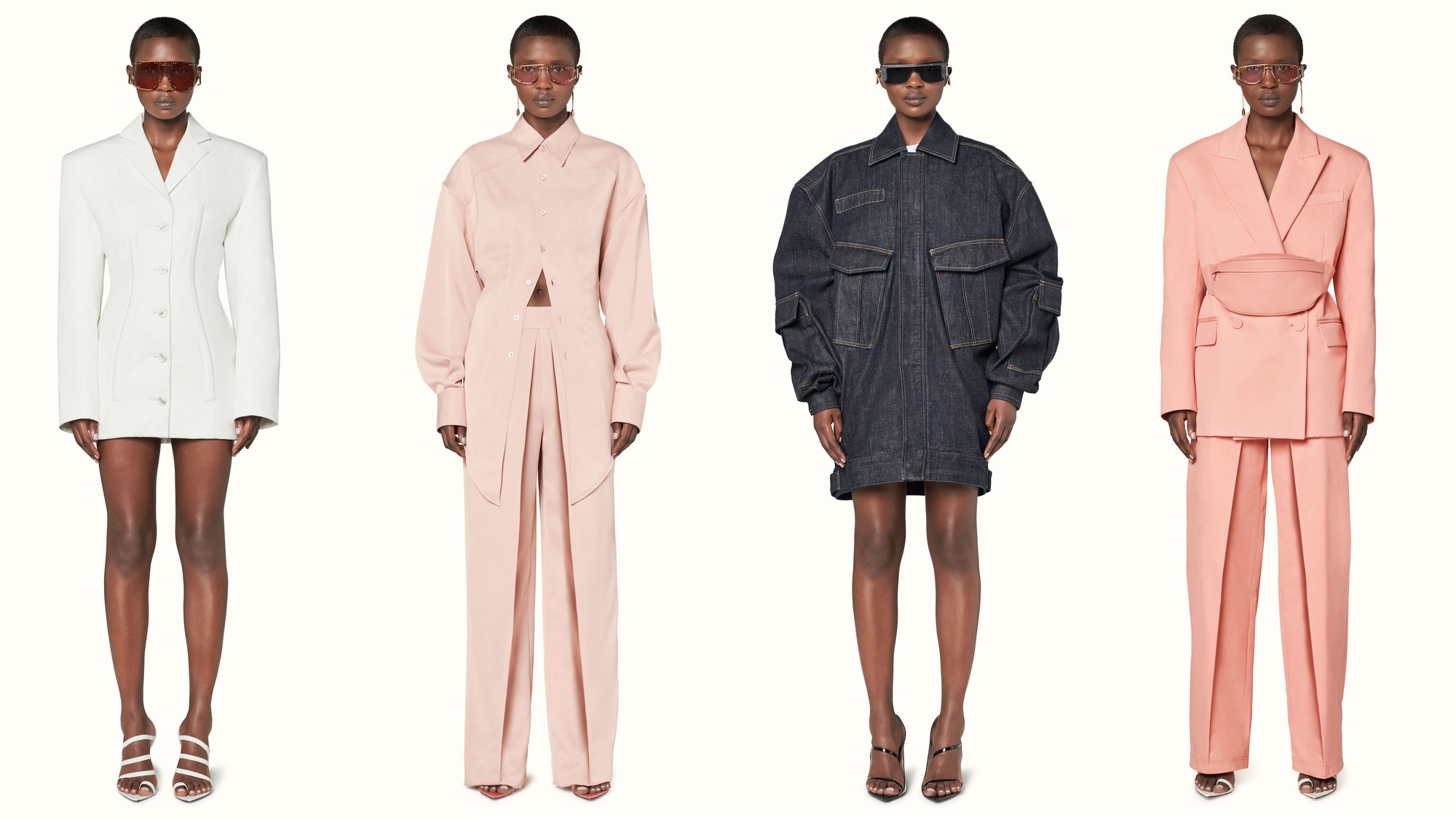 From eight (soon to be nine, hopefully) acclaimed albums to nine Grammys and becoming the Best Selling Digital Artist in the US, the all conquering Robyn Rihanna Fenty is used to making history in the music industry. Now, after disrupting the beauty industry with Fenty Beauty — an inclusive cosmetic line offering make-up for 46 shades of skin tone that generated more than half a billion dollars from sales in its first year — she is doing the same to the fashion industry. After her partnership with Puma gave rise to best-selling and award-winning sneakers, now she’s set to blow the dust off of luxury fashion forever.

As the first black woman to preside over an LVMH brand and the first time the luxury group has launched a fashion brand from scratch since Christian Lacroix in 1987, Rihanna is making history two times over with Fenty. It might just be the fastest debut collection drop too. Since one of the industry’s worst kept secrets was only confirmed last week, we’ve already been treated to a campaign, an event in Paris and the debut drop. With collections set to roll monthly, and sold direct via the website, she’s ripping up the luxury fashion house playbook. There’s no stopping the RiRi-revolution. “Women are forces of this earth. We are multifaceted, complex, vulnerable yet bulletproof, and Fenty speaks to all of our intricacies,” she declared in the collection’s press release. “We’re thinking about each release as a different facet to a woman’s wardrobe and how she approaches dressing,” said Jahleel Weaver, Rihanna’s stylist and Fenty’s style director. “Luxury has been defined in the past as one woman, one brand: You know who the Saint Laurent woman is; you understood who the Céline woman was when it was Phoebe, which is fine. But you think about how that relates to the modern woman… I don’t think she is just one thing, Rih being the perfect example of that.” 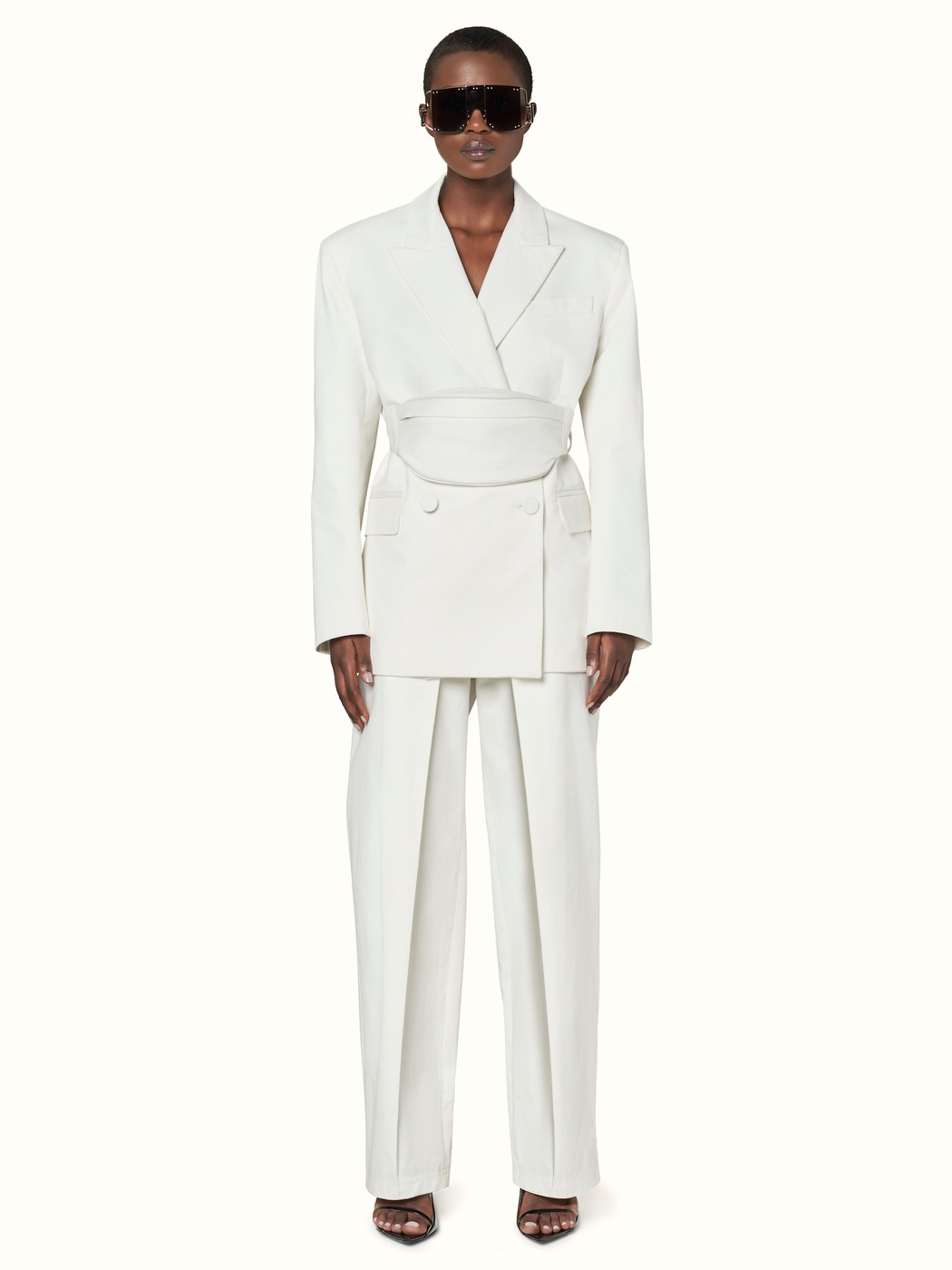 “I’m designing what I want to wear, for when I want to wear it,” she explained to the Financial Times when asked about the approach. “It has to come from me; it has to look good on me — I have to love it with a passion,” Rihanna told US Vogue. “If that feeling isn’t there, it won’t work.” So how is RiRi feeling now? As ever, she’s feeling bold, badass and daring. And this has been translated as tailoring 2.0. It’s easy to imagine Alexandria Ocasio-Cortez running rings around confused congressman in full Fenty looks. This first drop, simply entitled Release 5-19, is carefully considered and fiercely focused on breathing new energy into a working wardrobe that confidently treads the line between functional and chic. With its cinched waist and wider shoulder, would you forgive us for declaring this to be the new New Look? It has been two years in the making and priced from 200 Euros for a corset T-shirt up to 1,100 Euros for a reversible parka, this is a sartorial shake-up fit for generation now.

Ultimately, it’s a capsule collection of the pieces Rihanna wants to wear but struggled to find. With that in mind, she’s tried and tested everything herself and there’s an emphasis on a more inclusive fit. “I’m a curvy girl, if I can’t wear my stuff then it just won’t work,” she told British Vogue.” I need to see how it looks on my hips, on my thighs, on my stomach – does it look good on me or only on a fit model? It’s important.” Keep your eye on her Instagram for previews on the follow-up. 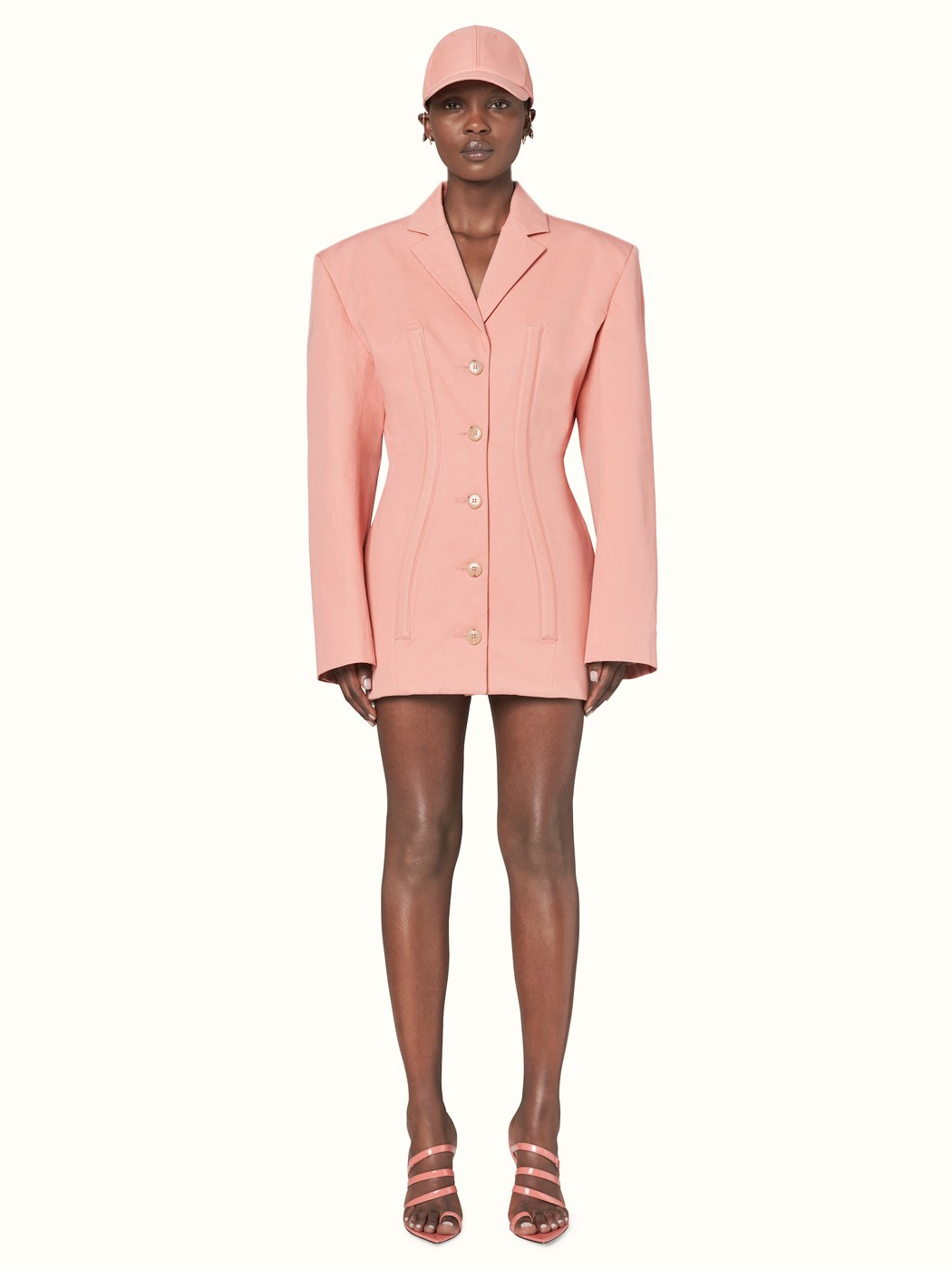 This first instalment goes on sale on Fenty.com on May 29 and the sophomore drop — which will have “a different feeling” — will quickly follow at the end of June. Rih’s disruptive approach to the business of fashion, with an intention to redefine outdated definitions of luxury, and desire to create a wardrobe for the “badass women” of today and tomorrow, has seen her compared to fierce female industry. icons. For the Financial Times, Jo Ellison asked: “is Riri the 21st-century’s equivalent of Coco?”. While for the BoF, Tim Blanks drew comparisons to Donna Karan’s Seven Easy Pieces, the capsule wardrobe revolution that launched Karan’s career in the 80s. Now, these aren’t acclaimed fashion critics known for hyperbole. There’s merit in the comparisons but Riri is like nothing this industry has ever seen before. But as Jahleel noted of his “wifey” on Instagram, “she’s constantly breaking barriers for all of us. As a mixed race immigrant to America, it’s been a journey to force her way through the previously closed doors of Paris fashion. Now that she has blown off the dust from luxury fashion, here’s hoping it’s changed forever. 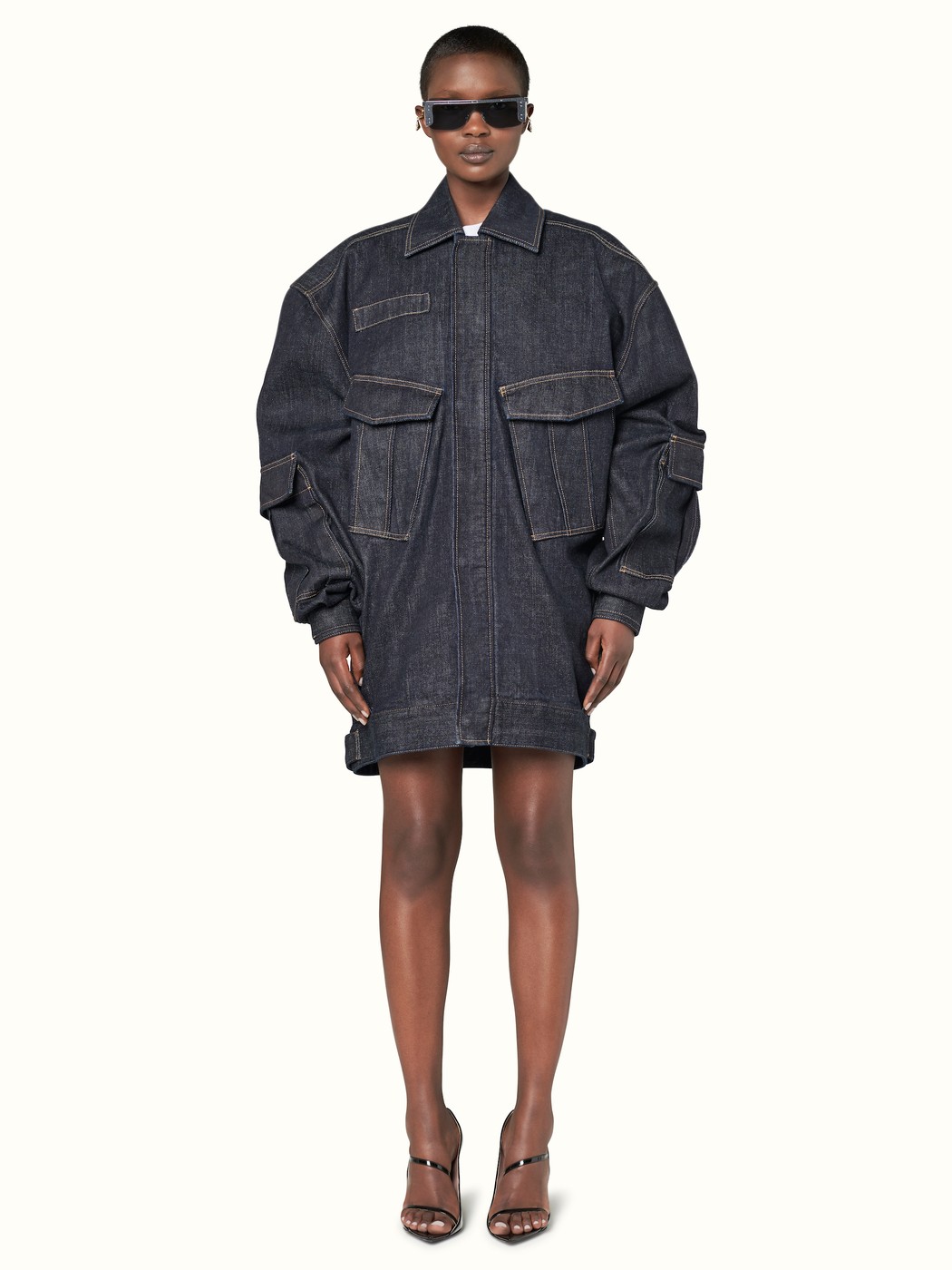 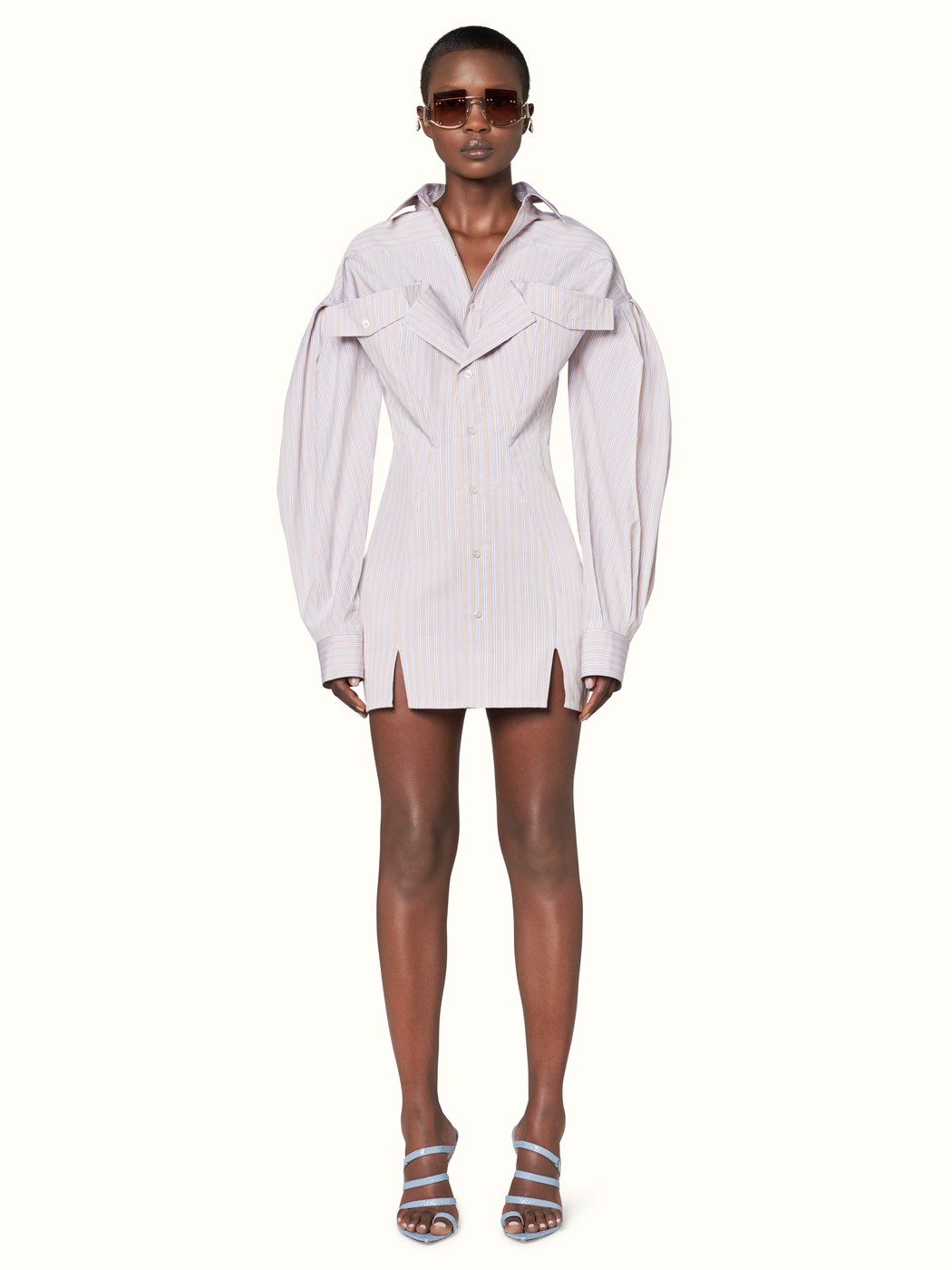